The view outside our office has been beautiful this week. Crisp mornings and sunshine are helping to brighten the mood the financial news is trying to darken.

Today’s “scary” headline is the arrest of the CFO of a Chinese telecommunication company called Huawei (pronounced wa-way), for violating sanctions with Iran. This sparked new concerns we’re angering the Chinese and they’ll be less likely to compromise on a new trade deal. 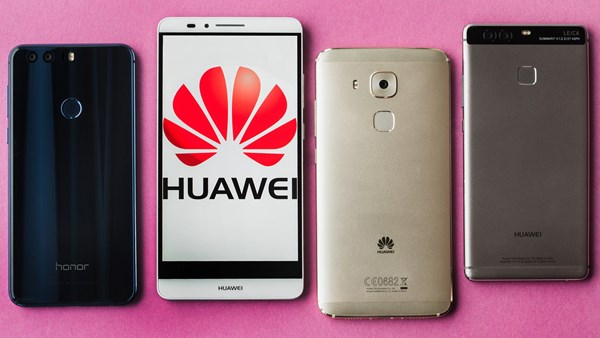 The news generated fresh pessimism in the stock market which was already struggling from trade tariff and inflation concerns. Today’s drop saw the stock market down 10% off its highs from the end of September, until it rebounded to end the day flat.

So, what should we do as investors? Below are the highlights from a Morgan Housel article I saved 2.5 years ago that helps give perspective in times like these.

An investor once joked after hearing market-moving news that he “cannot wait to get to my computer in the morning…and do absolutely nothing.”

The most important thing we can do right now is follow this advice. We’re not selling or running from the market. We’re watching things unfold and staying up-to-date, but we’re not worried. If anything, declines become opportunities.

Here’s a question to ask when we’re thinking about whether the global economy – and the stock market – will create value over time, “Did more people wake up this morning seeking to solve problems and make life better for others than do the opposite?” The answer is still firmly “yes.”

Whether it’s a trade war with China, Brexit, 2008 financial crisis, or 9/11, financial markets continually have sharp knee-jerk reactions to big news stories with lots of uncertainty. The attitude among many becomes “sell now, ask questions later.” Many hedge funds and short-term day traders cannot stand not knowing what might happen to their investments over the next, say, 30 days.

As long-term investors, we’re not in that camp.

It’s possible the selloff we’ve seen is justified. But it’s probable that a downward dip is more indicative of people selling because they don’t know what’s going to happen, not because they know something we don’t. That’s why we stay the course.

Let me remind you of this chart. It’s the US stock market over the last 140 years. 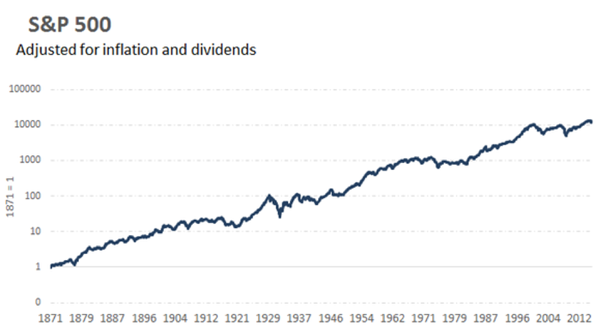 Do you know what happened over this time period?

·       The words “economic pessimism” appeared in newspapers at least 29,000 times, according to Google.

So, forgive me if we aren’t that excited about the latest headline. It’s just not that interesting.

Patience will constantly be tested but ultimately rewarded — as it always has been.

Please contact us if you have any questions. If we don’t talk before, have a wonderful Holiday and we’ll be in touch after the New Year.